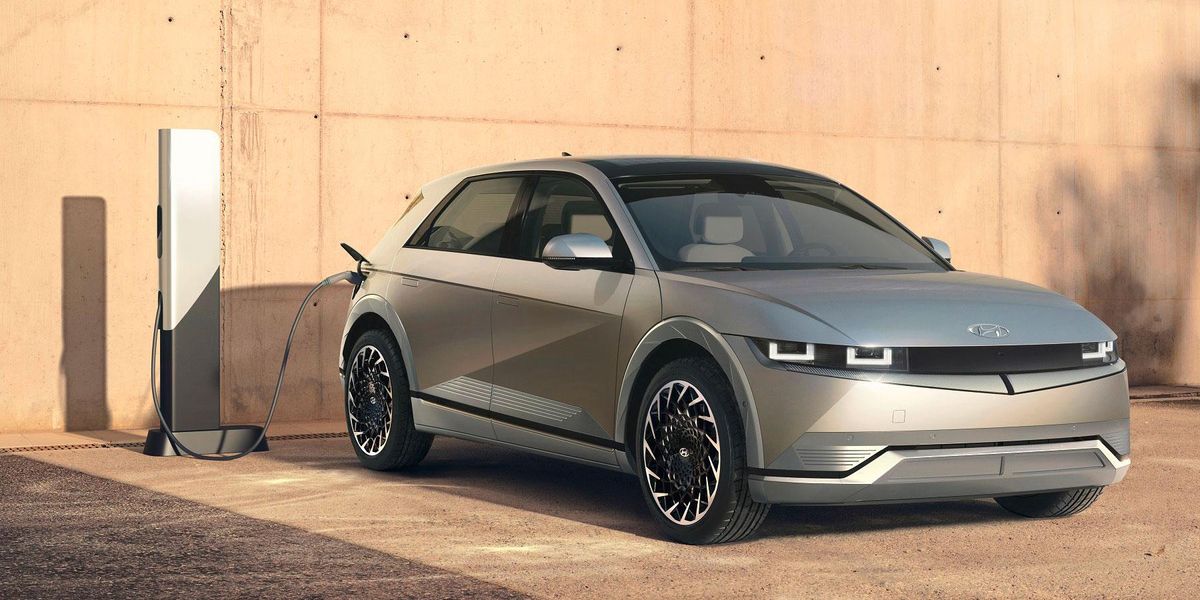 “Range anxiety” has been a headline concern for electric vehicles. Some automakers keep trying to soothe it with ever-larger and heavier battery packs, so that consumers can go farther between charges.

The problem is that lithium-ion cells remain expensive, heavy, and in critically short supply around the world. And battery bulk alone, especially in monstrously powerful trucks, can be a short route to a relatively inefficient and prohibitively expensive EV.

The Hyundai Ioniq5 and Kia EV6 that I recently tested—a pair of wildly impressive, high-design EVs—take a different approach to solving range anxiety: an 800-volt battery architecture that delivers some of the fastest charging in the EV game, and unheard of at these price levels. These handsome crossover SUVs might not be able to cruise for 7 hours on the highway, like the 500-mile-range Lucid Air. But their ability to charge to 80 percent capacity in as little as 18 minutes shows how EVs might circumvent the problem of battery overkill and still be fully viable as interstate cruisers.

But overachieving charging may be this platform’s technical coup. The 800-volt architecture doubles Tesla’s 400 V, matches the six-figure Porsche Taycan, and is within sight of the Lucid’s industry-leading 900 V. That lets the Hyundai and Kia slurp electrons at up to a 270-kilowatt rate, when plugged into a 350-kW DC charger. These chargers are just finding their footing in the United States, including three in the New York area, part of a growing Electrify America (EA) network that offers two free years of charging to EV6 and Ioniq5 buyers. 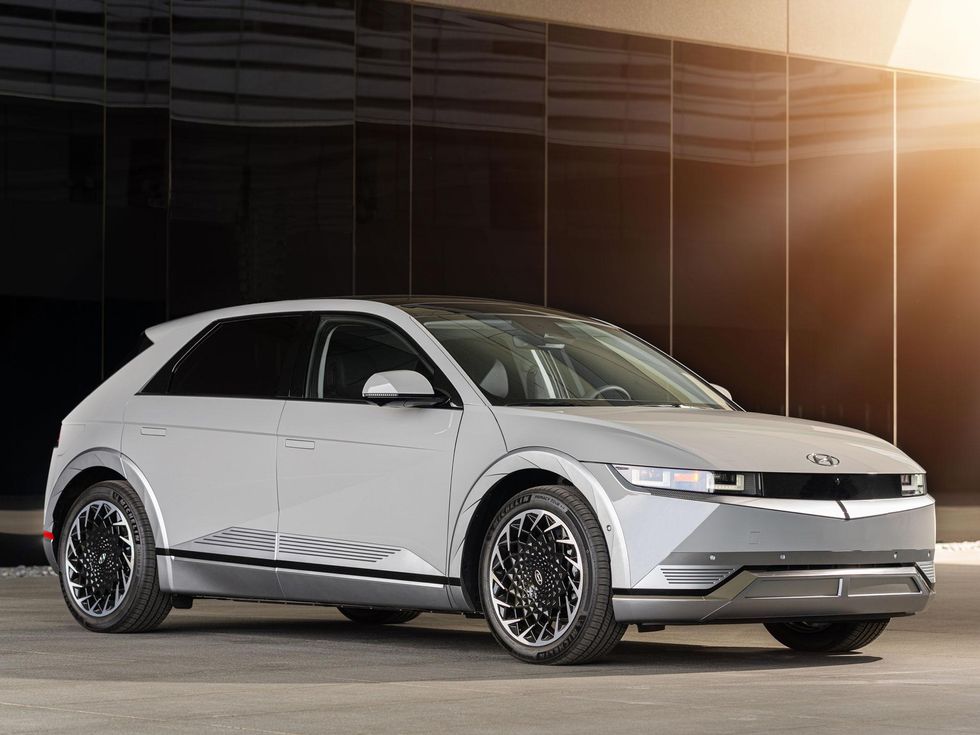 For an Ioniq5 on these Frankenstein plugs, a 5-minute charging stop can add 109 kilometers (68 miles)—not on par with a gasoline fill-up, but eye-blink fast compared with EVs of just a few years ago. A Hyundai video of ultrafast charging made its point. The test showed the Hyundai’s charge rate peaking around 250 kW—a bit lower than a claimed 270 kW. But the Ioniq5’s charge curve is impressive, holding above 150 kW for the vast majority of an 18-minute charge, quicker than several pricier luxury EVs. The Hyundai and Kia can also perform vehicle-to-load (V2L) charging, using up to 80 percent of stored energy to power electronics, small appliances, and even another EV, though with a modest 3.6-kW output.

For my own recent test, a mere 150-kW EA charger at a Target in New Jersey had to suffice. Between bitter ambient temperatures and some snafus, that charger was pushing juice at a sharply reduced, roughly 45-kW rate—exactly one-sixth the Hyundai’s maximum 270-kW rate. Still, the Hyundai added 161 km (100 miles) of range in 42 minutes. Do the math and you’re indeed looking at about 7 minutes to add 161 km on a more-robust charger. Now we’re talking.

The new GMC Hummer EV I drove last week manages to illustrate both sides of the size-versus-speed conundrum. 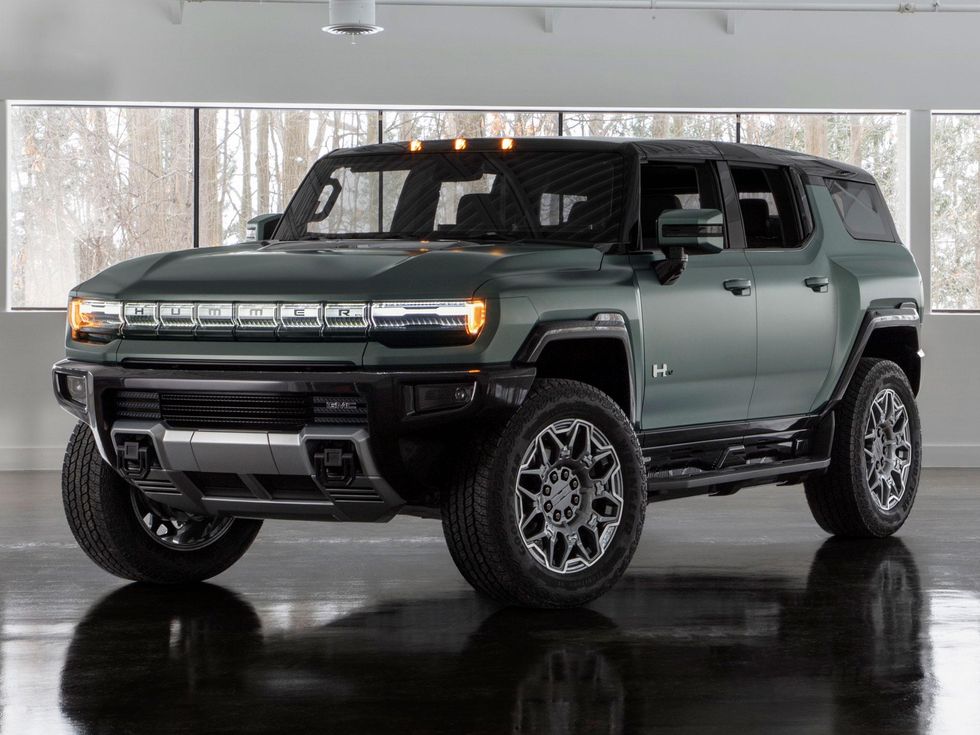 The reborn Hummer is a 1,000-horsepower, 4,111-kilogram (9,063-pound) off-road burrito, stuffed with a 200-kilowatt-hour battery pack that’s the largest and heaviest of any EV in history. General Motors’ and LG Chem’s double-stacked Ultium battery is 50 percent larger than the 135-kWh pack in the Rivian R1T pickup and double the size of any Tesla battery. That Hummer can range for 530 km (329 miles), not bad for a 4.5-tonne pickup that lives for off-road feats and can crush 60 miles per hour in 3.0 seconds. But the Hummer also costs an eye-opening US $110,295 in its initial Edition 1 guise. And its electron-huffing 47 MPGe rating is the lowest of any EV sold in the United States. The 1,315-kg (2,900-pound) battery aboard has a lot to do with that, saddling the Hummer with more weight than an entire base-model Honda Civic.

To counter, the Hummer’s skateboard-platform batteries deliver 400 V for propulsion, but can charge in serial fashion at 800 V when the vehicle recognizes a hook-up with an ultrapowerful DC charger. GM engineers showed us a charge session with the Hummer’s battery briefly sucking up juice at 348 kW—near the peak output of a 350-kW charger, and faster than any EV I’ve seen or tested. At that rate of flow, the Hummer can add 100 miles in roughly 10 minutes: Speedy, but fewer miles per minute than the Hyundai or Kia, because of the Hummer’s relatively beefy weight and inefficiency. 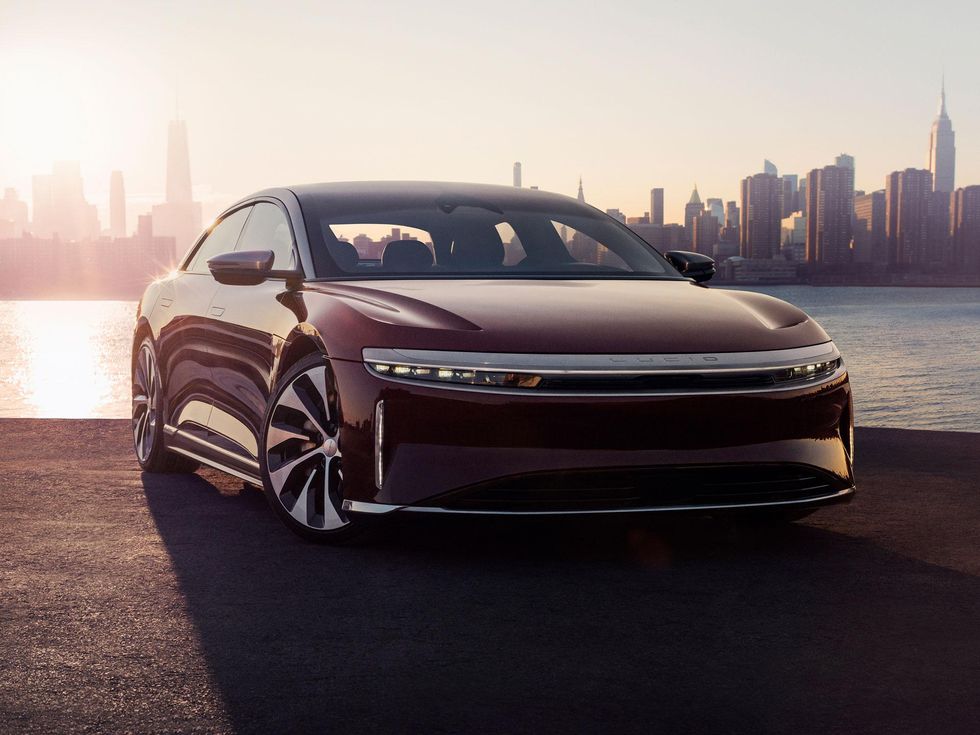 In sharp contrast to those six-figure luxury EVs, the Hyundai and Kia start from around $48,000 for all-wheel-drive versions. And they’re hardly dull, plodding econoboxes: Both deliver a maximum 320 hp and 4.5-second rips to 60 mph. With their modest size and 77.4-kWh battery, these Hyundai-Kia cousins deliver an EPA-rated 412 km (256 miles). In even-more-affordable, rear-wheel-drive form, they sneak over the magic 482-km (300-mile) mark in range. Those rear-drive models start from about $45,000; subtract a $7,500 federal tax credit and the sticker is nearly $10,000 less than the $47,100 price of the average new car in January 2022.

Lucid founder and chief executive Peter Rawlinson sees smaller battery packs—linked to ultra-efficient motors and aerodynamics to squeeze out maximum mileage—as critical to making EVs as affordable as conventional cars. The former chief engineer of Tesla’s Model S says that would set off a daisy chain of gains: Smaller packs mean less weight, which means a lighter chassis, brakes, and other components to support them; that package then requires less power and energy storage overall. Rawlinson is convinced this strategy will allow automakers to deliver sub-$30,000 EVs within four to five years.

But it also demands a security blanket of public charging options, spread from coast to coast, to convince hesitant consumers that, say, 300 or 400 km of range won’t leave them stranded.