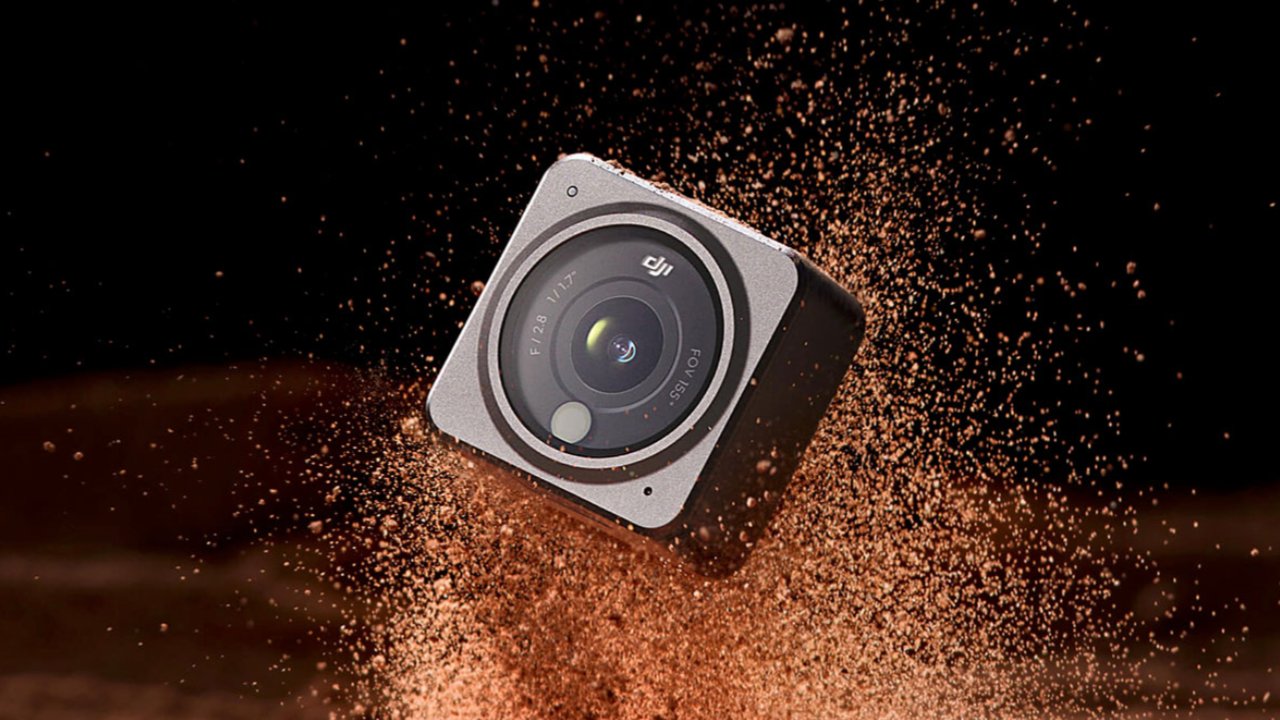 DJI is well known for several devices, particularly their gimbals and drones and even other action cams, but they are taking their most serious step into the action-cam market with the DJI Action 2, a modular camera with a ton of potential.

The Action 2 measures 1.5” x 1.5” and is the epitome of compact and simple. There is one single button, a versatile touch screen for any number of controls. It comes with a 32 GB internal drive and there is no expansion slot on the camera, but that doesn’t mean that you can’t expand the storage on this camera.

This is where the modules come in. Also in the box is a small device that has the same dimensions as the Action 2 and, with the use of magnets, it attaches to the camera and steps up its performance. First, you’ll notice that the module gives you a front-facing screen for vlogging or anything else in the selfie milieu. Next, you’ll notice a micro-SD expansion slot for the camera. This is also where you will find the USB-C port to charge or connect to a computer.

When I saw that magnets were what was holding the module and camera together (plus a small clip device for a little extra security, I was concerned that it wouldn’t be enough to bind the two devices together, but this is one strong magnet. I gave it a good shake, and it didn’t budge. Even with the clip open, it takes a reasonable amount of force to separate the devices. It also comes with adapters for the camera to connect it to a tripod or even to yourself via a magnetic bracket that you wear around your neck.

“The Action 2 measures 1.5” x 1.5” and is the epitome of compact and simple. There is one single button, a versatile touch screen for any number of controls.”

Your options are pretty wide open for the camera. On the touch screen, you can change your field of view from standard (which is a de-warped shot) to ultra-wide (which definitely has a fisheye effect on close-up subjects). Resolution and frame rate can also be selected, and you can go from 1080p to up to 4K and 120 frames per second. There is also a 1080p power reserve setting, but a warning will tell you that the image quality is affected in this mode.

The Action 2 uses Rocksteady 2.0 stabilization (which can be toggled on and off) to stabilize your image. In the bottom-right corner of the screen you will see your zoom settings. Swiping from the corner will bring up the zoom controls, and you have up to a 4x digital zoom awaiting you here. Also available is the ability to preview and manage your files on the camera itself. You can also choose the mic direction for audio recording. It is defaulted to ‘all,’ but you can change it to focus on the front or rear mic to eliminate excess noise.

While DJI says in their documentation that the camera is waterproof, there is nothing that supports the claim for the module (the SD card slot does not seal). If you want to use their modules, you need to buy a waterproof case separately.

“The Action 2 uses Rocksteady 2.0 stabilization (which can be toggled on and off) to stabilize your image.”

You may have noticed that I said ‘modules’. There is an additional module available for sale for the Action 2. It’s a battery expansion that looks the same as the screen module, only it is an additional power bank for the camera. It also contains a micro-SD slot and a USB-C port.

Another great feature is the ability to hook up the Action 2 via USB-C to be a webcam that you can use on stream. The setup for this is incredibly simple and the ability to do so with only a USB cable and not some HDMI adapter is a real plus for DJI. I ran a simulated stream with the camera and throughout the length of the stream (just about 45 minutes), there were no issues with the performance of the camera, but it was noticeably warm.

Speaking of streaming, you can actually live stream without connecting to a computer with the use of the DJI Mimo app. You connect the device and set up your stream platform of choice on the app, and you can go live directly.

“Another great feature is the ability to hook up the Action 2 via USB-C to be a webcam that you can use on stream.”

The picture itself looked nice and crisp. Generally speaking, action cameras are best used outdoors. However, most of my testing was indoors just due to the local weather. I was very happy with the picture and with the overall sound. If you are not satisfied using the on-board microphone, though, external mics can be connected via the USB port.

It’s also very user-friendly once you get used to its functionality. Your instructions come from videos on the Mimo app and nowhere else. The learning curve, however, is small and once you get the hang of it, you are off and running.

There was one really big concern, though. The camera gets incredibly hot when recording. Test records that I was doing over the course of my time with the Action 2 had no issues, but as I recorded longer videos, I noticed how much hotter the camera got. I ran a test where I recorded at 4K/60fps and let it go until it stopped on its own. The recording didn’t make it to five minutes before an alert came on screen that the camera had overheated and that the recording would stop. After letting it cool down, I ran another test at 1080/60fps. This time, the record ran for just shy of 15 minutes before it overheated again.

My hopes were so high for this camera as a potential go-to option for vloggers for its quality, ability to do IRL streaming and its compact setup, but the lack of reliability of the camera’s recording makes this an instant pass. I give the Action 2 a lot of credit for what it can do, but what it can’t do is the most important thing of all.

Crank Up Your Fave Chill Playlist and Lie Back on the Best Bath Pillows
May 18, 2022